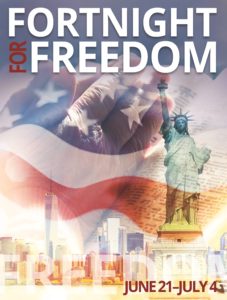 Today, June 22nd, is the Optional Memorial of St. John Fisher and St. Thomas More.  In the Diocese of Rochester (United States), St. John Fisher is the patron saint of our diocese.  That means for our diocese today is a feast day.

St. John Fisher was the Bishop of the Diocese of Rochester in England (Hence, with the same name of the diocese, he was chosen as the patron saint here).  On this date in 1535 he was martyred (St. Thomas More was martyred a few days later on July 6th).  They were both executed by the order of the king for the same reason.

Many are familiar with the story of King Henry VIII and how he was married multiple times but never a male heir to succeed him as king.  When Catherine to whom he had married did not bear a son, Henry VIII asked the Vatican to grant him an annulment but it was denied as having no grounds.  As king, Henry VIII decided to split the church in England from the Vatican and named himself as head of the church so that he could grant his own annulment.

The clergy and king’s court were ordered to sign a statement recognizing the split in the church and the king as head of the church in England.  Saints John Fisher and Thomas More (a layman and right hand man to the king) refused to sign the statement so Henry VIII ordered their execution for disobedience against the king.

So we see how 500 years ago the government was trying to tell the church how to run its affairs.  In our present day we see this in the government ordering religious organizations to provide insurance for contraception, support same sex parent adoptions, and for religious hospitals to perform abortions.

Our country was founded, in large part, by people seeking religious freedom.  Our Declaration of Independence speaks of rights from God and the First Amendment in the Bill of Rights guarantees the freedom of religion.

Part of the problem with religious freedom and the government laws and regulations I spoke of above is is the compartmentalization of faith.  Many people have no faith.  Others profess to have faith but they see faith as something you do in private as one small part of our lives.  Our Catholic faith teaches us that faith is no just one part of our lives.  Faith is meant to be part of our whole lives.  That means we must live out our faith in all we do.  That includes birth control and marriage.  Our Church does not say that we should force our faith on others but we must live in our own lives.

Recognizing that we must speak up for religious freedom, a couple of years ago, our United States Conference of Catholic Bishops (USCCB) started what is called the Fortnight for Freedom.  It has never received much media attention and, depending on your parish, it hasn’t gotten a lot of attention in the church either (You can find out more at http://www.usccb.org/issues-and-action/religious-liberty/fortnight-for-freedom/index.cfm).

The Fortnight for Freedom begins on June 21st, includes today’s celebration of the Memorial of Saints John Fisher and Thomas More, and goes until July 4th, the day our Declaration of Independence was signed based on rights given by God.

May we be inspired by the examples of Saints John Fisher and Thomas More to live with the same courage that enabled them to willingly give their lives rather than reject our faith.  With this courage may we live out our faith publicly and stand up for what we believe in.